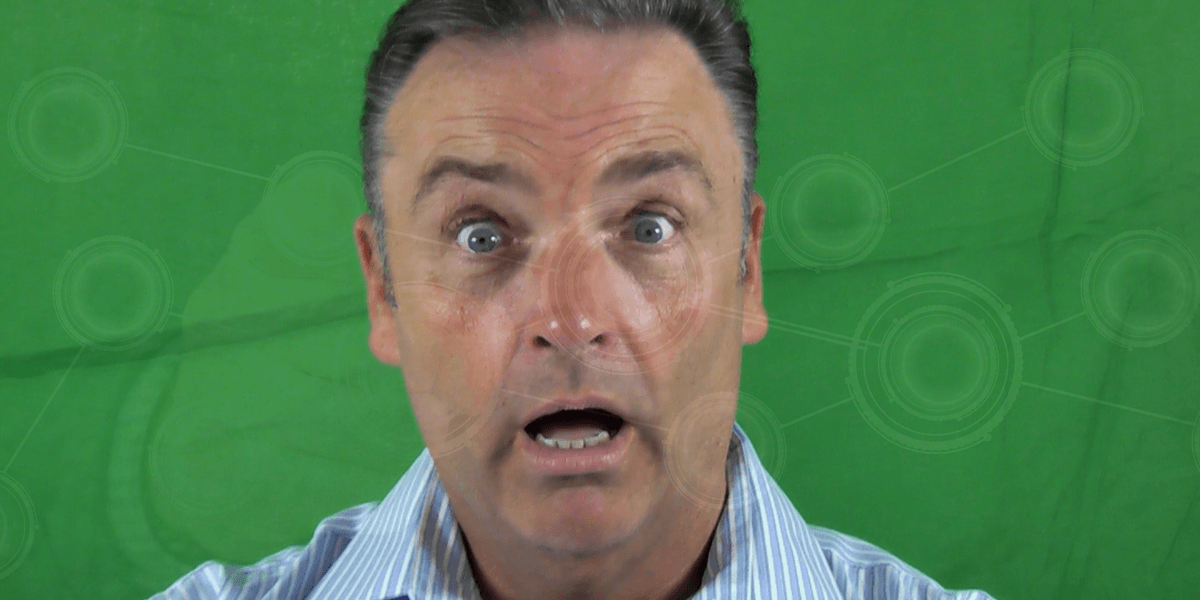 Thinking about joining that new MLM opportunity? You might want to rethink that after seeing these MLM failure rates.

Ahh, the mighty MLM opportunity. Portrayed as a way to achieve financial freedom. As a way to reach one's true potential. As a way to make boatloads of money and live life to the fullest.

Unfortunately the way they are portrayed isn't in-line with reality, which is why efforts are being made to warn people about the dangers of such opportunities by places like the anti-MLM community on Reddit, the Huff Post and even Business.com... 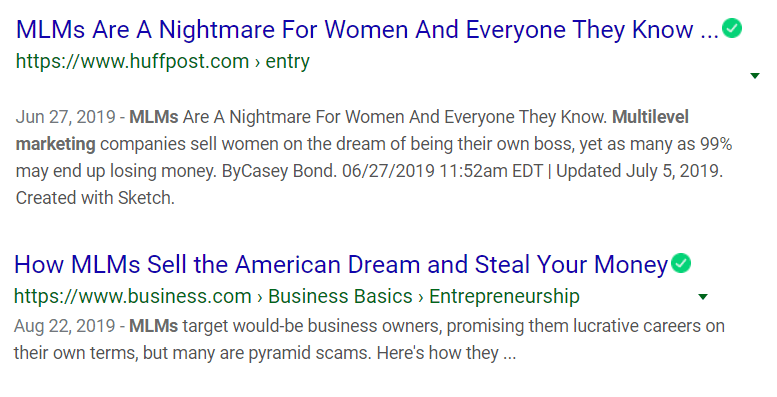 To get a realistic look at the true failure rates that participants experience in MLM opportunities, continue reading...

What Is a MLM?

MLM, multi-level marketing, is a business model where, instead of selling products in stores, a company relies on an independent sales force to do the marketing and selling. They usually have no requirements to join other than to purchase products or some sort of "starter kit", and they usually have confusing compensation plans that are filled with glitz and glam (with a handful of ways to earn money), but they all boil down to provide participants with 2 main ways to earn:

The recruitment side of the MLM is the upside and the downside. It gives participants more potential to earn big while building a team and leads to fast growth for the company, but it also makes the opportunity more difficult for most.

The lure is that you can work when you want and operate your home-based business on your own... hopefully achieving financial freedom in the process. But opportunities like this are often presented in misleading ways, portraying participants living "life without boundaries", such as ACN here...

... as well as living a life of fun, luxury, and fulfillment, such as this clip from Mary Kay's opportunity pitch...

But as you will see, fancy vacations and driving around in Cadillacs is something that very, very few people get to experience.

The Structure That Guarantees Failure

The very structure that MLMs have in place are what causes such disproportional earnings among participants, as we will get to next.

Of course there are sales quotas that must be met and other requirements, but let's focus on the "multi-level" part of multi-level marketing here.

From all these people in your "downline" you can earn commissions from... which usually come from products they personally buy or sales that they make.

At first take this may seem great.

Who wouldn't want the opportunity to build a large team by recruiting in new members... a large team that you can earn increasingly large amounts of money from, right? 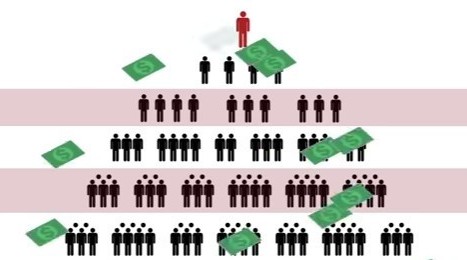 The people at the top earn extra commissions from the work of others while those at the bottom have potential commissions sucked away from them.

Think of it like this: XYZ business sells health drinks for $100 (a pretty realistic price). As a participant, you can earn a 25% commission, or $25, every time you sell a health drink. BUT... the company actually pays out 75% commissions... and the remaining 50% get's passed up to the sponsors above you. Now if there was no MLM structure, you could keep the entire 75% commission payment yourself.

The other problem is that there are guaranteed to be many more people on the bottom. The very structure ensures this.

The numbers you are about to see are not pretty. In fact, they are downright disgusting.

According to a report by Jon M Taylor of Consumer Awareness Institute, 99% of participants in MLMs lose money.

This finding comes after the analysis of 350 MLMs, which includes all the big names.

While not every MLM provides income disclosures of the money that their participants make (probably because it is embarrasing!), some do to try to remain transparent. So let's take a look at some official income disclosures from popular MLMs.

*Note: A lot of times MLMs present their participants' earnings in misleading ways (no surprise here). But after you do the math and cut through the BS, here are some examples of what you will find: 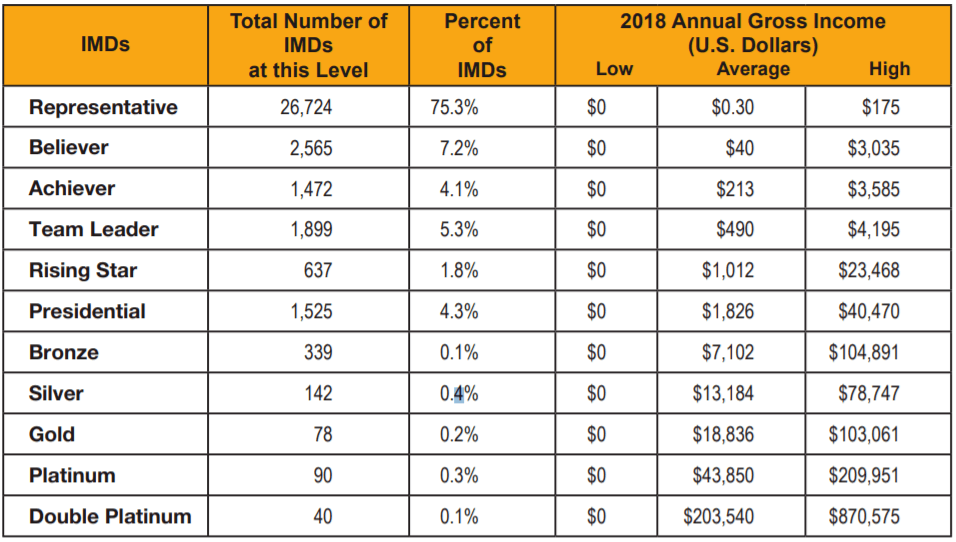 From here the list goes on and on. Time and time again the earnings disclosures from MLM companies are disheartening. In fact, I have never seen a "good" earnings disclosure. Some may appear to be at first sight, but this is usually only due to confusing layouts and manipulated numbers--all in an attempt to hide the horrific truth that the overwhelming majority of people make very little money.

Forced to File for Bankruptcy

In some situations it can get so bad that participants are forced to file for bankruptcy, as we have seen with LuLaRoe.

According to the watchdog group Truth In Advertising, more than 100 LuLaRoe participants have filed for bankruptcy since 2016.

This is due to 2 things:

Participants are often misled into believing they can make unrealistic amounts of money, which leads them to throw their entire lives into the business... in some cases leading to large amounts of bankruptcy filings.

How Are These Not Pyramid Schemes?

Pyramid schemes are illegal in just about every country.

What's the difference between a pyramid scheme and a MLM?

The difference is the sale of products to real customers, emphasis on "real".

A pyramid scheme can still have real products to sell, but are they selling to real customers? This is the question that needs to be answered.

Pyramid schemes will rely on recruitment of new members and their required purchases to bring in revenue, whereas a legitimate MLM will place more focus on actually selling products to real customers, customers who are buying products because they actually want them.

It is where the revenue comes from that makes the big difference.

When The Lines Start Getting Blurred

The majority of MLM's force new members to purchase some kind of "starter kit", "starter pack" or something along these lines.

However, this isn't necessarily a bad thing. After all, these starter packs usually contain business materials and products that new recruits can use for promotion, which are much needed.

The lines between what is considered a MLM and an illegal pyramid scheme start to get blurry when starter kits become ridiculously expensive and overpriced, and when the company places increased emphasis on recruitment.

While this isn't a sure-sign of a pyramid scheme, a company that requires participants to make purchases on a regular basis in order to stay "active" is not a good look... and is more likely to have crossed that blurry line into the realm of illegality.

It happens all the time. Large MLM companies get hit with lawsuits for being pyramid schemes and are then forced to change up their operation to more legitimate means.

The video below details the situation with the popular health & wellness drink MLM called Vemma, which was charged as being a pyramid scheme in 2015...

To Join or Not to Join?

Not all MLMs are equal. Some opportunities aren't that bad while others are down-right horrible.

But the fact of the matter is that they are all MLMs, which all rely on some sort of pyramid structure that siphons money from the bottom to the top... making it a more difficult business for the majority of participants.

For this reason it is advised that you only join if you actually like the products.

If you make a large purchase of essential oils or nutritional drinks, will you find good use for them if you fail to sell what you need to?

Stay safe out there and don't fall for the trickery of people trying to recruit you in--and if you want a home-based business that doesn't require recruitment and where you don't have to share commissions with people above you, why not try affiliate marketing? And why not get started with the top affiliate marketing training program the internet has ever seen, Wealthy Affiliate?

*Note: I joined Wealthy Affiliate back in 2015 and have since been able to turn my online business into a full-time income.