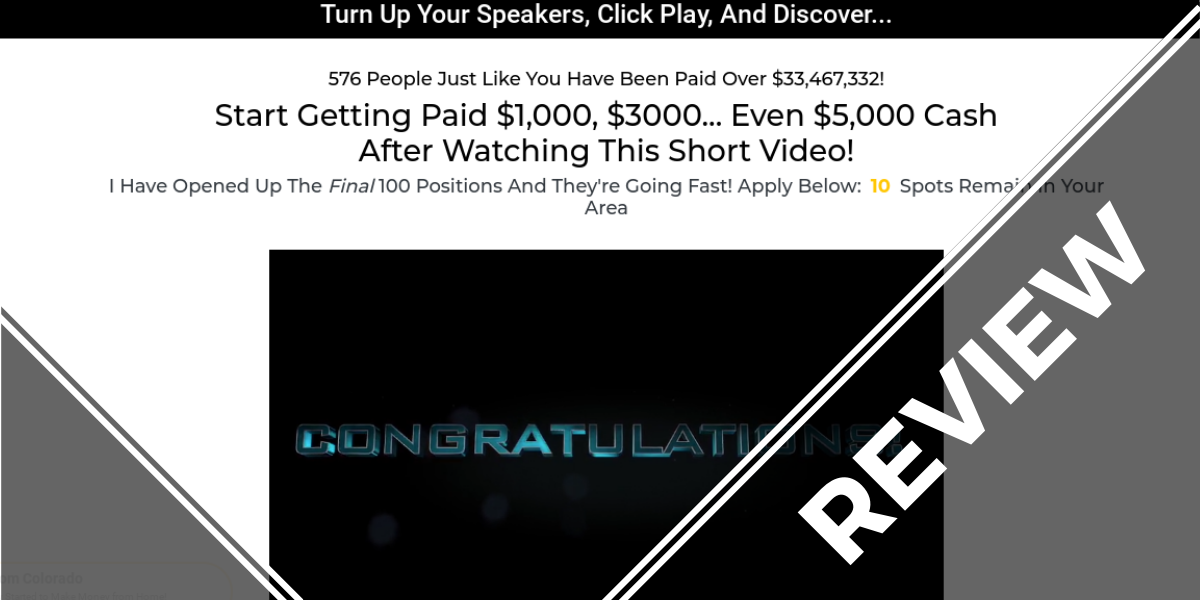 Is DMM System a Scam? – Avoid at All Costs!

The DMM System is a promoted as an easy way to make $1,000’s per day online, but of course you can’t always trust what you hear… and this is a great example of why… because YES this is a scam.

You will not be making loads of easy money while doing zero work like you are told. In fact, I wouldn’t be surprised if the majority of people just end up losing money.

In this review I’ll be going over why this system is an absolute scam and why you should definitely avoid it.

Keep reading if you want to find out more. If not, you can check out the legitimate program I use to make money online.

DMM System is best summed up as a shady “get rich quick” scam that is full of lies and misleading information–which I definitely do not recommend anyone buy into.

People are led into this system thinking that they are guaranteed to strike it rich when the reality is much different.

I’m guessing you are suspicious of it being a scam too–after all, you are reading my review right now.

My first impression based on the video presentation and what was going on around it was that there are a heck of a lot of red flags… and that this definitely seems like a big fat scam… at least at first.

Above the video we are told that we can “start getting paid $1,000, $3,000… even $5,000 cash after watching this short video”… and of course there are only a limited number of spots that remain, which is more than likely just a form of false scarcity to try to get people to buy in asap without really thinking about their decision…

Update: After writing this review I refreshed the page for DMM System and it was then telling me that 11 spots remain, which is more than it was telling me the first time. How does this happen? Well, it doesn’t… it’s all a lie…

I also noticed on the sales page that there were these images of people that kept popping up–people who were supposedly making money with the system. However, as expected, there was absolutely no proof given that these were real, and upon further inspection it appears that the images for these people are just stock photos.

Next up let’s talk about the ridiculous income claims again. 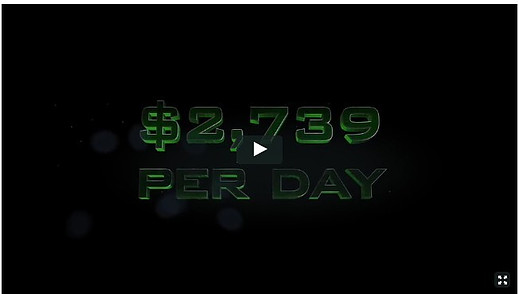 But it doesn’t end there!

The spokesman says that you can “forget your day job and trash your alarm clock because you just won the lottery” and that money is about to flow to you like water.

That’s right… he literally says we are “guaranteed” to make this amount.

Next up let’s talk about the FAKE TESTIMONIALS. 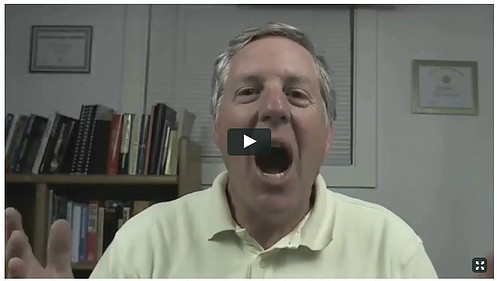 However, this is not true and he is actually a paid actor available for hire on Fiverr, which is a freelance marketplace. Below you can see this… 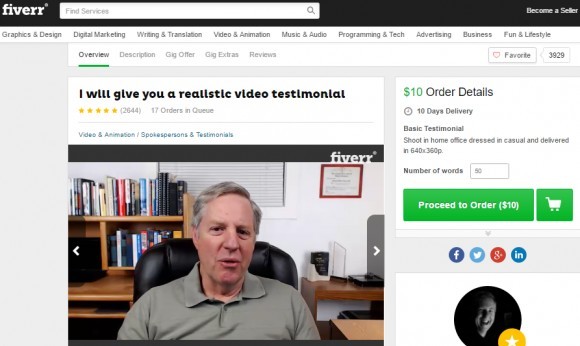 And the same goes for this guy, who is claiming he made over $11k in one day with the system… also FAKE. 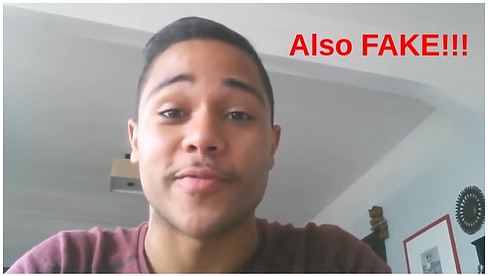 There are a number of other testimonials shown as well and it appears that every single one of them is a fake.

Strange right? I mean, you would think that it would be very easy to get real testimonials from all the people who are super happy making thousands of dollars per day with this system… right?

Ya… But as you probably can imagine–there isn’t anyone making this much!

And the last red flag that I want to cover here before I get into what this scammy system actually is, is the massive price discount.

A normal discount is fine, but when you see something like this that is supposedly regularly priced at $500 and is now only $97, you should proceed with caution.

What Is Really Going On Here

To tell you the truth, this is all very confusing to me. And this is alarming and just raises my suspicions even more… because it shouldn’t be confusing.

First you think you are getting involved in something called DMM System, but then during the video presentation the guy tells us that the system is called Online Profits Breakthrough…

So this system has actually been around for a while and used to promote something called MOBE, which was a high ticket “make money online” program that people would buy into with the hopes of making money online and then would be pushed to recruit others into the system in order to make money.

But anyways… MOBE has since been shut down by the FTC for being a fraudulent business.

So Online Profits Breakthrough must be promoting some other type of system I imagine.

HOWEVER, things get even more confusing.

I was reading an older review online for the DMM System and when this person went to purchase it they found that they were really purchasing something called 14 Day Challenge System.

So what is really going on here? I say no mention of the 14 Day Challenge System.

My guess is that this is your pretty typical online scam system that changes and evolves with the seasons–and it will continue to evolve as other scams get shut down and other opportunities open up for them to promote new systems and make money.

Everything About This System Looks Like a Big Fat Scam

The more I look into this the more it looks like a scam. In my review of this system I was looking for any signs of legitimacy, and unfortunately I didn’t really find anything.

Claims of huge income, fake testimonials, false scarcity, a massive discount, and so on–just about everything points to this being a scam.

And it still doesn’t end there.

One thing you should always do, which I am guilty of not doing along with many others, is take a look at the disclaimer when a program/system seems suspicious. You can usually find this at the bottom of the page somewhere.

The disclaimer usually tells you the truth. They can tell you all the BS and lies in the sales pitch, but as long as they tell you the truth in the disclaimer, as far as I know, these scammers can get away with this stuff legally.

What does the disclaimer say? Well, it says that “there is no guarantee that you will achieve these levels of income”…

What Happens When If You Buy Into This System?

To be 100% honest I don’t really know what happens when you buy into this because I’m not going to buy into it. It’s by far one of the most obvious scams that I’ve seen and I really am not in the mood to lose money right now.

That said, based on this scam’s history going off of previous reviews, I’m guessing that you will probably get sucked into some high-ticket “make money online” system that will start off cheap and then you will be hit with a series of extremely expensive upsells.

Again–I don’t know this for sure–but I have reviewed plenty of scams in the past to know that this is a high possibility.

Future Advice That Will Save You From Getting Scammed

Always, always, always… if something seems too good to be true, look up reviews and do a little extra research.

You did a good job this time because you are reading my review right now–but I just really want to stress this.

I’ve been involved in online marketing since 2015 and make a full-time income online. I know that there is no push-button system out there like this that just dumps loads of money into your pockets… and if there was then I would be all over it.

The bottom line is that making money online takes work–real work. There is no shortcut no matter which direction you take.

These days I’m pretty cautious with what I call a scam or not. I don’t want to be contacted by people’s lawyers and have to deal with all of that–but in this case I feel confident in calling the DMM System a scam–a MASSIVE SCAM.

Buy into it if you want to, but I certainly am not going to be recommending it to any of my readers.

If you want a personal recommendation from me, I would suggest taking a look at this program I use to make over $6,000 a month (and that I’ve been using since I got started in 2015).

Alternatively you can check out my top income ideas for some other ways to make money from home.

I hope you enjoyed this review and be sure to leave any comments or questions below! I like to hear back from my readers 🙂